“You’re a girl?  Shouldn’t you be in the kitchen?”

“I bet you’re fat and ugly if you’re playing that good”.

These are all comments I’ve received while gaming, and if you are a woman they probably sound familiar to you too. Teasing can be an unpleasant, but an accepted part of an online gaming experience. Unfortunately for women,  that teasing often unnecessarily escalates to bullying and harassment that most male gamers experience less frequently.

Women make up almost 50% of the gaming community.   Yet, women are often victims of brutally negative comments and threats because of social stigmas and women are underrepresented in gaming development process.  Although there has been progress over the years, there aren’t enough of us out there in the creation of these video games to argue against the unrealistic portrayal of women.  We are often presented in games as weak, dependent, sexualized characters with a size 0 waist and back breaking breasts that jiggle more than a bowl of Jello.

Currently, there aren’t enough of us showing developers and authorities how intense and serious this harassment can get. We need more women  and men to argue against stereotypes and show that women should be respected because they are just as smart, intelligent, and brave as men.  We need female and male gaming developers to take harassment against women seriously and seriously penalize those who do it. Because if we do, this will trickle down to the online gaming community and over time curb abusive behavior.

I listed suggestions for how to deal with online gaming harassment below.   Please keep in mind that I am  not a therapist, a lawyer, or a police officer. These are simply general suggestions based off my experiences of being harassed countless times while gaming and out in the real world.

What can you do if you are a female gamer and are being harassed in an online multiplayer?

It can be easy to brush off and ignore comments like the ones I listed at the very top of this blog. It is never ok for anyone to be verbally abusive towards you and if  you speak up, you lessen the chance of another person from having the same experience you did.  The more we push that report harassment button, the more likely developers will have data that makes them aware of repeated patterns of harassment  and  more likely to provide all players with a safe, enjoyable online gaming experience.  Furthermore, please always make sure that police authorities are aware of a situations where you feel you might be in danger. The more we document and tell police we are receiving threats of violence and rape the more likely they are to address the issue.

2.  Find an Accepting Group to Play With

The best part of the online gaming community is that there a lot of fun, supportive,  like minded people to play with.   When you play, try to find a group of players that you enjoy playing that you can trust  to not sling abusive comments at you. Friend people that you had a positive gaming experience with and keep trying to make that list of people grow.  Having a group of players you can let your guard down with and have fun with is the best part of online multiplayer games.

Women need positive representation in the gaming world.  Along with reporting harassment while you are playing, email a game developers when you play a game that included negative gender stereotypes and represented women negatively.   Tell them you don’t agree with how represented women in their game and that there are negative ramifications to ALL women if developers continue to portray us this way.   I know that one person can’t fix all the problems plaguing women in the online gaming community, but I do believe wholeheartedly that there is power in numbers.

What are some suggestions you have for dealing with online gaming harassment?

Do you have an experience you want to share ?

Feel free to leave comments below.

Overwatch is my crack.  It’s a drug that has given me some great highs, and horrible lows.  If you are an avid Overwatch gamer like me, you frequent Overwatch’s ranked competitive mode.  Competitive mode pushes players to collaborate with each other, but does it truly work?

Having an open dialogue with your team is essential.   You have to make sure you have the right characters for your map and be able to share important information such as when the opposite team is trying to flank you.    Yet, in the majority of team chats I have been in people are barking out orders every 5 seconds or making negative comments that show whatever their team does is never going to be good enough.

For example, today one of my team members switched from being healer to someone else because they didn’t feel comfortable as a healer.   No one wanted to step up and be a healer, so as soon as I respawned I switched to healer.    As soon as I did, a team member complained, “oh great took you long enough” instead of saying thank you or even nothing at all.

This  is only one of way to many negative interactions I’ve had with people in competitive mode.   Negative comments like these are not going to promote collaboration in players.  It’s going to get them to stop playing or not even bother trying to collaborate with their team members.  Like many others, I’ve stopped joining team voice chats and kept the squelch chat option in use.  This isn’t by any means the perfect solution, but it’s how many players  like myself cope with the crappy attitudes of their team members.

Overwatch’s game developers have to do more to address the negative climate in competitive mode.   There is no way to fully stop harassment or negativity towards others, but there might be some ways to decrease it.

A way to prevent negative comments might be to allow players at the end of the match to vote for a team member that showed positive behavior or was very helpful during the match and reward them with additional points. If players get voted on a certain amount of time, perhaps they should be rewarded with additional loot.   Having this new voting option may motivate players to collaborate with their group in a more positive manner.

What do you think about Overwatch’s competitive mode?  Is there a way to prevent the negative attitudes team members have?  Leave a comment below. 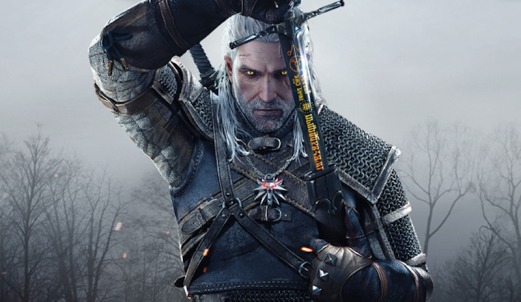 Even though I’m  30, I  can still be pretty damn immature. My boyfriend and I were recently  discussing these juvenile things we do, such as making fake fart noises , or how we  still make “that’s what she said” jokes.   Although when he mentioned that he thought that we were both immature for  playing video games, I said stared at him in utter shock  and said to him  “wait… what?!”

There is a common misconception that mature adults shouldn’t be avid gamers. This misconception stems from the fact that  a majority of video games were marketed  to children and teens.

If you happened to be a  young gamer in the past, you  were expected to gradually phase out video games from your life.  This may have held some truth in the past when games were simple, repetitive,  and  without much depth  Yet, gamers who started with Atari or NES as their first system are now in their 30’s and 40’s.  Just as we grew up and matured, so did our video games.

Like most adults I work a full time job that makes it difficult to cram in all the things I want to do for my own entertainment in a week. So deciding to replay Witcher 3, a 100+ hour game , during the little free time should be a testament to just how addicting the story is. Like most gamers I didn’t get hooked on just the  combat or playing rounds Gwent.  Although both are enjoyable,  it doesn’t compare to how the story sucks you in and leaves you fiending for more.

For example, I just finished redoing a quest where I had to reunite a dead woman with her lover. She was about to be raped by a group of peasants and in order to escape she drank a strong poison that made her seem like she was dead. Her lover abandoned  her thinking she had died. Her resentment towards her death and abandonment was destroying the environment around her. The end of the quest played out like a grotesque version of  Romeo and Juliet. Even if it did take about an hour to complete  it was worth it simply because it was shocking,  engaging, and fulfilling . This twisted  moment will continue to resonate with me for many years to come.

In addition to an increase in focus on narrative in big name games like Witcher, there has been a steady rise in production of games where the sole focus is to walk around and learn more about the story. Games such as Virgina, Firewatch, and Everybody’s Gone to Rapture are  becoming increasingly popular because adolescents,  and adults are being pulled in by how good the story of each of these games is.

There’s a change coming in how our society perceives video games, and it’s destined to happen very soon. Video games can and in some ways will continue be simple diversions for the casual gamer. Yet,  video games are transforming into a form of mature literature that should be consumed by adults. We just need to keep an open mind and pick up a game controller.